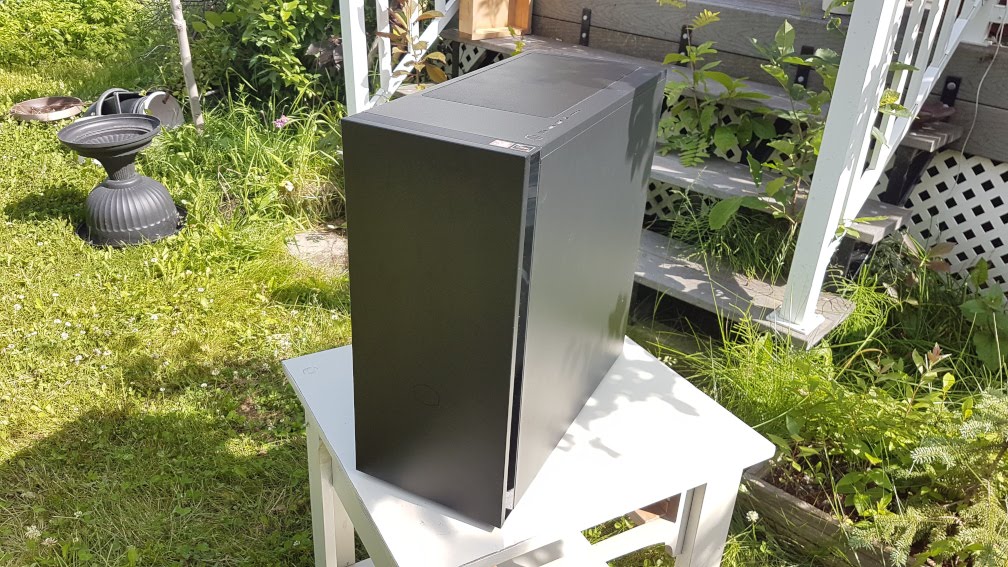 Up until that point I had subjected my Acer laptop to four brutal years of computing science work. Sure, it's a trooper -- a great machine. I even upgraded it with an SSD recently. But I wanted to run IntelliJ, Unreal Engine, and The Elder Scrolls. I needed something with a bit of power.

I researched and assembled the build rather quickly, and I'm glad I didn't wait. The pandemic has not been kind to the electronics market. Fortunately, MemEx had me covered (no, this is not an advertisement, but they did seat my CPU for free).

Of course, after running Linux for three years I wanted to do the same on my desktop. The main difference between building a Windows PC and a Linux PC is that you need to make sure the parts are Linux compatible. Some brands have obscure, proprietary drivers. Gross. Fortunately, AMD has good linux drivers, so for me it's AMD all the way, baby 😎. PCPartPicker.com is a life saver, of course, for checking hardware compatibility. For checking linux compatibility I did my own research in order to decide on AMD. Apparently NVIDEA cards only have proprietary drivers, which can be problematic to install sometimes depending on your amount of linux experience.

Now that I've been using it for a year I thought I would reflect and share my thoughts. 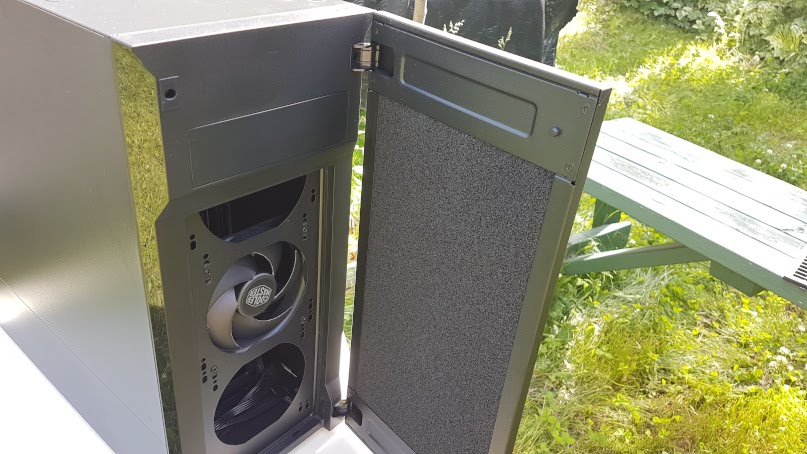 The case is marketed as a "Silencio". It has some sort of felt lining glued to the side panels that's supposed to muffle sound, but I'm pretty sure it's just a gimmick. It is rather sleek looking, and the door on the front is neat. I don't have an optical drive in this computer, but if I did the door would go perfectly with it.

I'm not really into RGB and glass side panels; I prefer to let my skills speak for themselves. Keep it classy, boys.

Overall, I would advise other newbies to stick with a full-sized "ATX" case. Don't try to do a small case for your first build. You'll need the space to be able to fit all the small connectors in properly. Speaking of space... 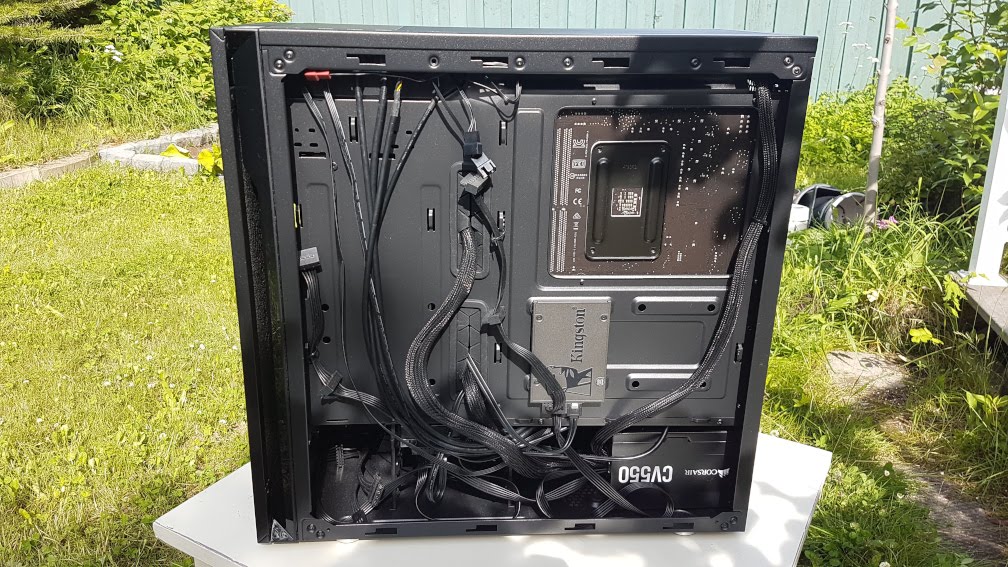 Another reason not to do a small case for your first build is cable management. Do not underestimate good cable management. As you can see, my cables are pretty messy. A challenge that I didn't anticipate was simply having enough room in the case for all of those large braided cables.

Furthermore, a loose cable in the bottom of the case was causing a droning noise that was driving me crazy for almost a year! Zip-tied that puppy up and it finally restored my sanity. Don't be like me. Organize your cables. 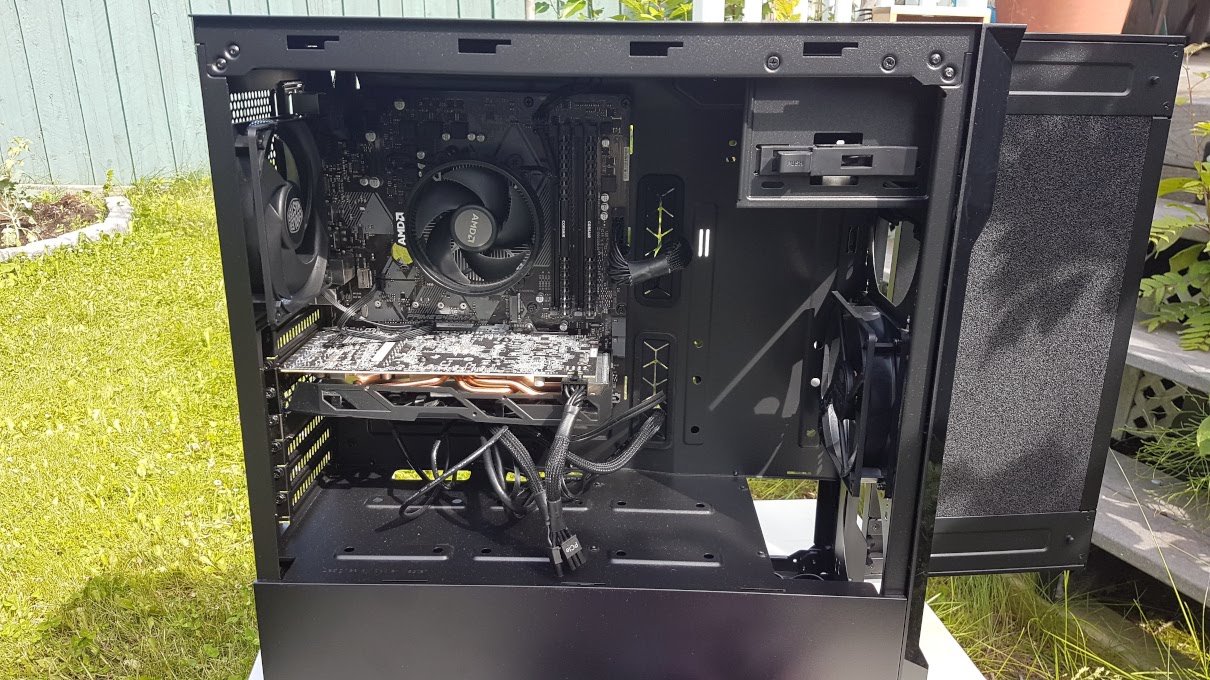 Around the other side you can see the graphics card in all its copper glory. Overall, I'm happy with this card. Going with AMD was a good choice; I haven't had any software problems so far.

Here's a good building tip: connect everything to the motherboard first outside the case. You want to make sure everything will power on and boot before you put it in the case.

(Also the zucchini plants in the background!) 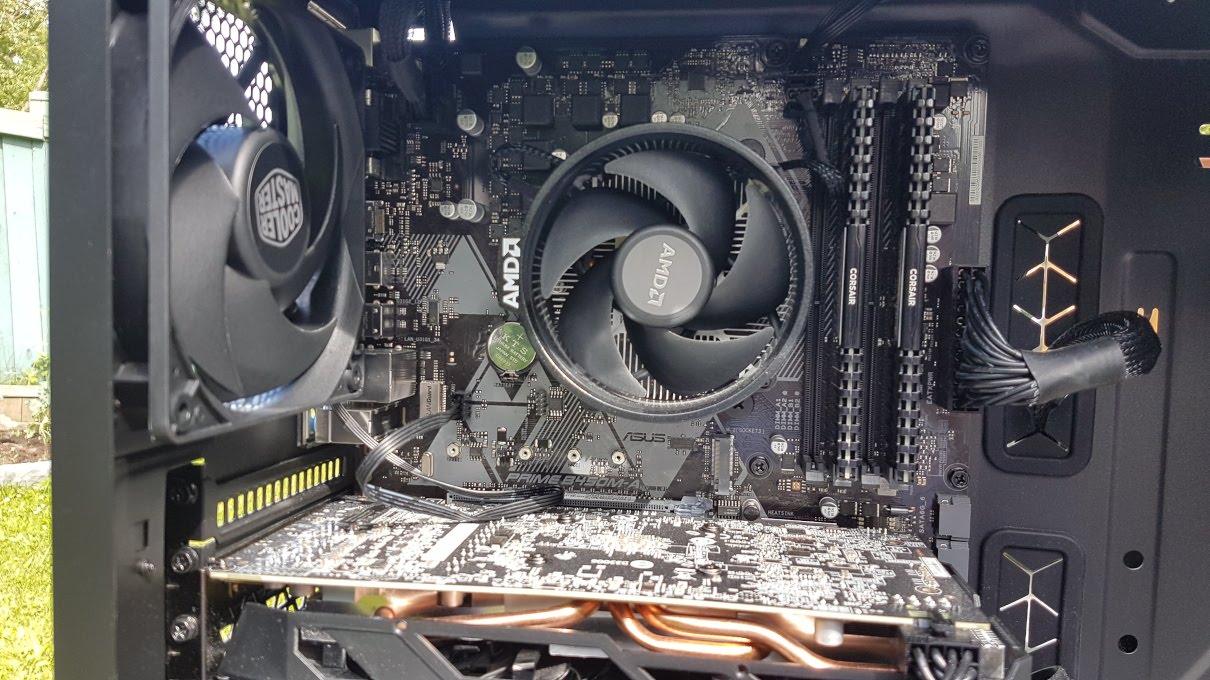 One thing I do regret is the CPU. I have no idea why I got both a Radeon card (and a Ryzen 3 no less!) and a dedicated graphics card. I think I bought the graphics card in a rush and originally hadn't planned to get one, hence the Radeon Vega graphics. It wouldn't be so bad if it weren't for Unreal Engine taking forever to load on this CPU. I should have just gone for a Ryzen 5 instead. Oh well. Lesson learned. 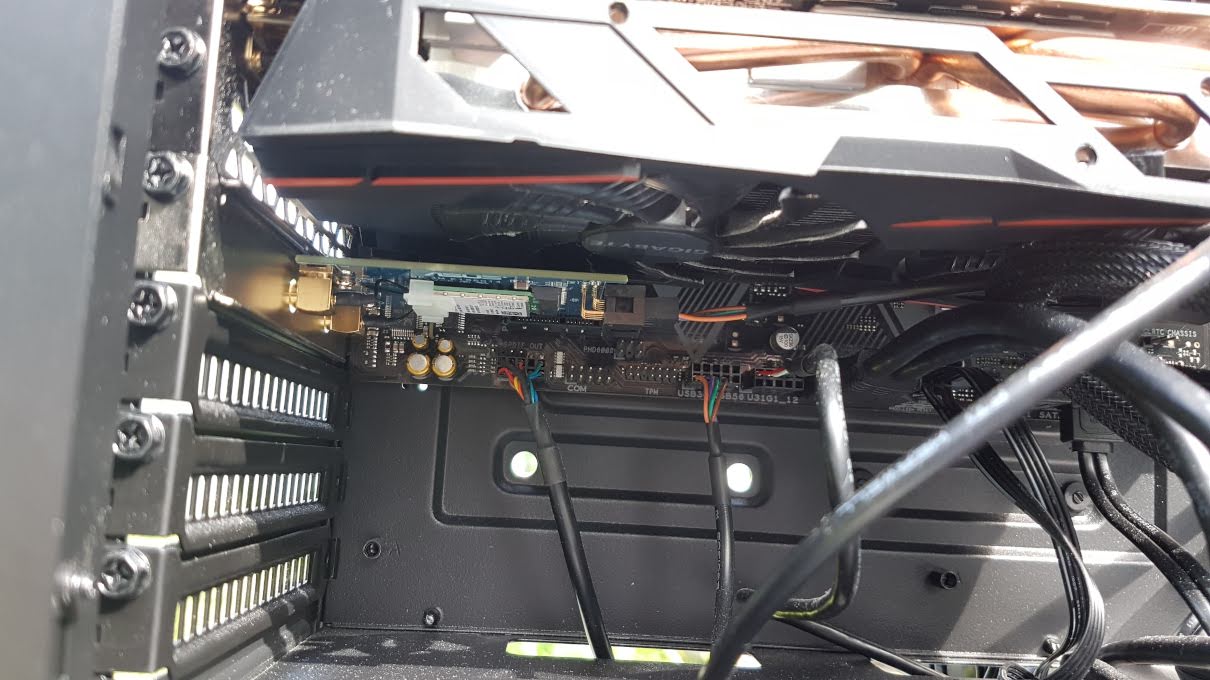 Nestled under the GPU is this little bastard, my wireless card. I don't know why my connection is such crap, but a different brand of wifi card certainly wouldn't hurt. Of course, the real culprit could be my router or my ISP, or perhaps the voices in the wall. I know that broken wifi is an ancient linux meme, but I'm at least 50% sure that the linux kernel isn't the problem here 😂 (knock on wood).

All in all, with a good distro like Pop!_OS, linux workstations rule. It's a great computer and a joy to use. Hopefully I'm able to make some great software with it. Maybe in a few years I'll make modifications, but for now it serves its purpose.