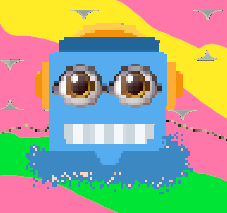 Over the first weekend of November I did the Games Den Quicker jam. I wanted to make my first 3D game, so I figured this would be a good opportunity to get a prototype together. 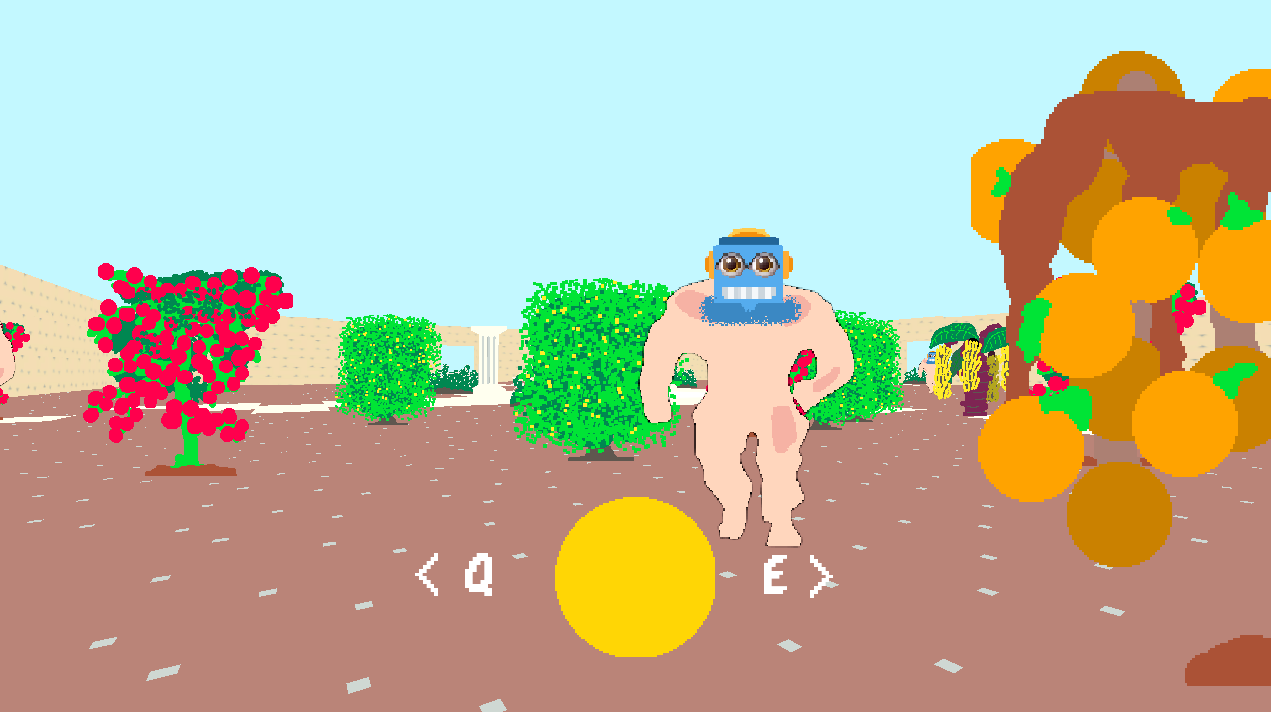 The result is a brain fart I call piki robu. It's technically a first-person shooter, except it's weird, like an old japanese shoot-em-up.

Here are my thoughts so far.

Usually how I do game jams is to spend the first half of the jam on gameplay, the second half on graphics, and the third half hurriedly duct-taping things together. The implicit logic here is that the atmosphere, the feel of the game, is more important than the actual gameplay. After all, graphics are arguably more important than gameplay for "selling" a game to a potential player. But now I'm thinking that this may be the wrong way to jam. It's like baking a danish with attractive icing, but a bland filling. The best outcome for a prototype is something that people actually love; a design that really clicks. That is more precious than a few assets. In this jam I probably spent a full hour on the titular naked robu-man sprites, and an additional 2 hours on the plants. This is too much for a solo jammer, especially before the gameplay loop is complete. Maybe it's time to learn how to make a good pastry filling.

Of course, I haven't worked with transformations and other 3D paradigms before, so the lion's share of the jam went to those functions. This is fine and expected. Good, even. Specifically, I implemented a 3D projectile, which took up much of the dev time.

As a programmer I can tell that I've improved over the last couple years. I come to good architecture faster, and can identify more bad practices intuitively. (He says as he struggles to patch the busted game. Knock on wood.)

However, if I didn't already know how to implement navmesh and pathfinding I'm sure the entire jam would have been impossible. I suspect the key to a successful jam, at least for solo devs, is to cheat and simply bring some code with you to the jam. Or have teammates. Yeah.

Lately solo dev has paled a bit. I love having complete creative control. But I am only one Hugh. It scratches at the back of my mind that the dream teams may eventually put my steam shovel out of business. Hmm. Perhaps the next jam.

Overall, on paper this is a great step. The theme for this jam was "recovery". In all honesty, the theme fits me more than piki robu. It's been a helluva three years. But the boldest move is also the safest move. Let's build on this momentum.

The game doesn't measure up to my standards yet. I want to make something that people actually want to play and respect as a proper game in its own right.

The next steps for piki robu are to revert to preproduction and "Finding The Fun". Get a whole lotta people in here to play it. What do they like most about piki robu? What is exciting about it? What totally sucks? The great part about this prototype is that there are many different directions I could take it in. But which one? This is the task at hand.

I've never been more confident about committing to this long and arduous process.

"What stands in the way becomes the way."